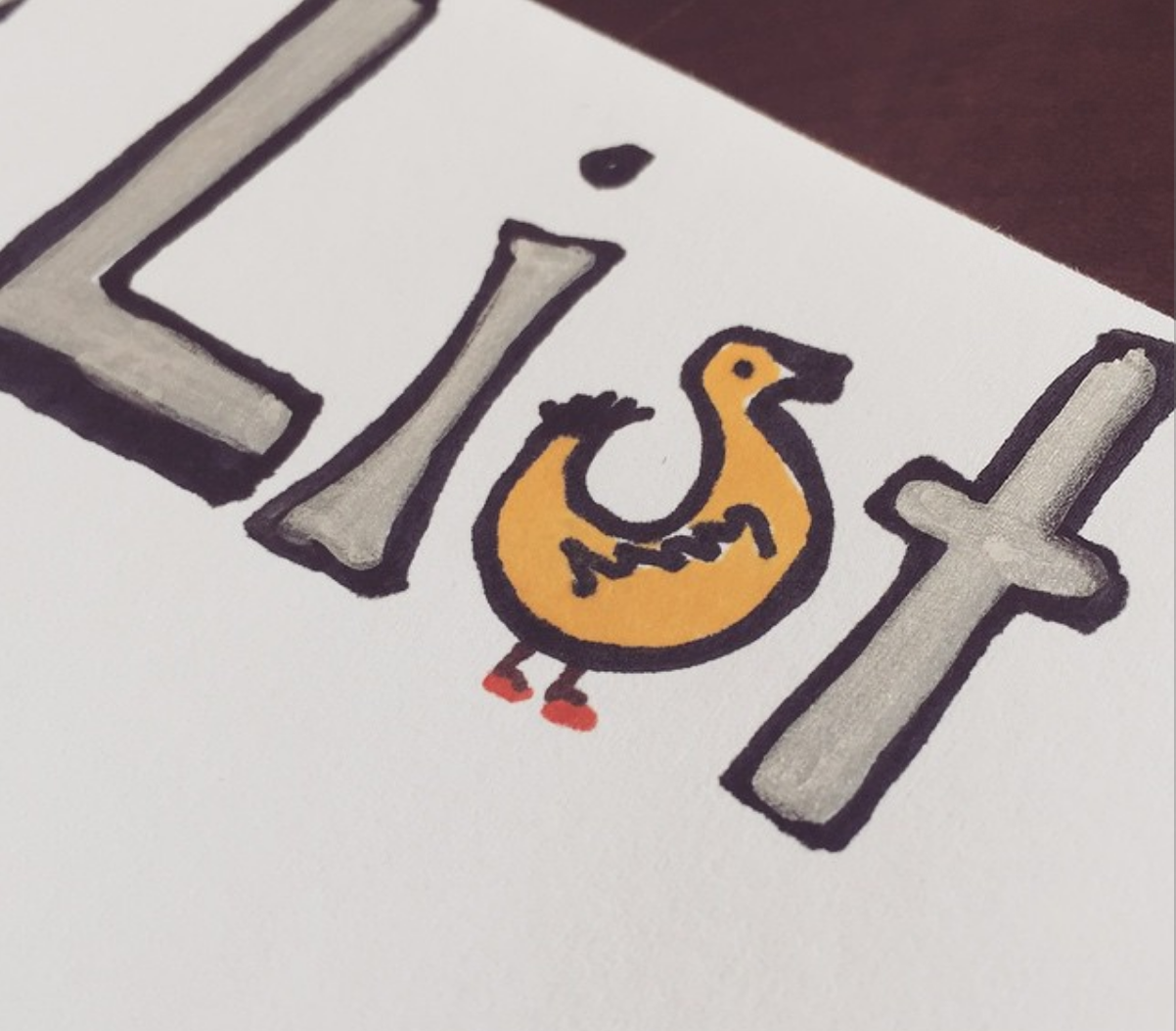 Year after year, we make resolutions that we’ll probably keep for the first quarter of the year, and then they disappear into infinity because we get lazy, or tired, or distracted, or busy, or one of the million reasons we give ourselves to justify its lack of existence.

I’m guilty of it, and you know you are too.

So after the whole “resolution” thing, some of us started trying out “goals.” The idea was that stating a specific goal, rather than a resolution, made it a concrete end result to which we could build up little, itty bitty baby steps to accomplish. The problem with goals, is that things change throughout the year that might make that goal dispensable and no longer needed… or once you reach the goal, you’re done. It’s like dropping off a cliff that you hiked all the way to get to and realizing that you need to find another mountain to hike.

First, every year I make a “Want List.” It started out as a “Wish List”, then “W-List”, and eventually it changed to Want List. Because let’s be real. Wishes are really wants, so why try to make it sound all fluffy and fairy-tail esque? (Note: I do not want ducks and dynamite next year. Please don’t send me either of those. I DO, however, accept ponies.)

The idea behind the Want List is I list everything that I… wait for it… Want. Some of them are combined with my husband’s Want List (depending on whether it’s something for both of us) but most of them are strictly individual things. They’re not just physical objects either. It could be something like performing in a play, or running two 5Ks (which I shamefully paired down from 3…). At the end of every year, we look through our lists, see what we’ve crossed off and accomplished, and then move the things we still desire onto our new list. I love looking through lists from years ago, because it’s fun to see how I – and my priorities- have evolved over the years as a person according to what is on my list.

Over my college years, my lists were filled with simple things like, getting a new desk, two new outfits, new rims for my car, a new laptop bag, etc. Then as I got older, that evolved into different things I wanted to learn or take classes for, upgraded electronics for work, and other things to that effect. This year, I have a lot of investing goals, health related things, and all sorts of Boring Adult Things (like getting a new bicycle). I suggest you try doing this every year.

The new thing I’m introducing into my life is something called a Less&More list. The idea behind the list is eliminating the superfluous promises to myself that comes with resolutions. Because c’mon. When you put so much added pressure on yourself for a newly created resolution, are you doing it because you really want to improve your life, or because you want to prove a point about sticking to a resolution?

What we really want to do is less of one thing and more of another. All resolutions stem from replacing some bad habit, or even a lack of a habit. The L&M list makes it easy to get rid of negative things/habits, and easily replace it with something positive that you can fuse into your lifestyle as a whole, not just as a resolution to conquer and then forget about.

Less: Bitching about things that don’t directly affect me.

More: Action on things that will directly affect me.

More: Directing that extra money into investments or interest-bearing accounts.

Less: Waking up and jumping on social media right away.

More: Waking up and prepping myself for the day with coffee and to-do lists.

More: Learning creative and delicious dishes that can replace those cravings.

More: Lending some of that busy-work time towards a charity of my choice.

More: Finding gratitude daily in the path I’ve created for myself and take a moment to appreciate it.

And while the idea seems more or less the same, it creates a different mindset for you. It creates a subtle change in the way you view what you do on a daily basis and helps you slowly drop the bad, and replace it with the good/fun/interesting/new. It also subconsciously changes your whole thinking and how you approach life.

What will you put on your Want List, and your Less&More List? I’d love to hear in the comments.

I’m also going to be starting a Less&More weekly post in 2015. I’m not sure which exact day it’ll be during the week (my initial thought was Mondays, though I usually reserve Friday for my creative projects) but I’ll be sure to announce when the first post is live.