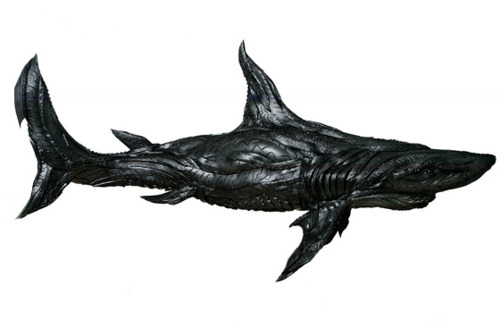 You are here: Home / Reflection / Dreams of Sharks

Note: please see below for two of my fave dream books, if you’re interested in learning more about what you’re dreaming, and why. These go beyond simple an “A-Z” type dictionary, but they touch on things that will truly help you understand your psyche and do some deep soul searching.

I’m very big on dreams. I fortunately (or unfortunately, depending on how you look at it) dream every single night. I’ve had crazy dreams of an Anubis and woke up drained of all energy not able to lift a finger. If you look up their history in Egypt, they would have the ability to drain energy from people. Yeah, needless to say, I don’t sleep very well.

I’ve also had dreams of things that have happened the next day, or a few days later. It might sound dramatic, but it was very specific and the details of my dream were recreated.

So when I dream, and it sticks in my head, I pay attention.

Last night I had a dream with sharks. Sharks, and myself. I was swimming down to the bottom of a (apparently) very shallow ocean, and trying to race my way back up avoiding the shark(s). It was shallow enough for me to be able to hold my breath from the top, to the bottom, and back up to the top. But then again. it was a dream. In a dream, up is down, long is short, nothing is real, and your sanity is tested.

I kept feeling like there were multiple sharks, but I only remember seeing one. And I remember seeing its huge mouth with sharp, pointy teeth. I was struggling to get to the surface, but I made it. Without being shark bait.

The rest of the dream was blurry, but I decided to look up what exactly a shark means in dream, as it’s something I’ve never seen before.

This is what I got…

Symbolism 1: Sharks are fearsome creatures of the sea that will tear into every prey. Dreaming of sharks often mean there is an immediate threat close to you. The fear of this powerful enemy or obstacles has you frozen in your tracks. There is little meaning in running away from this fear as foreshadowed by your dream of sharks. The best solution is to confront what is holding you back in order to move on and advance.

Symbolism 2: Animals in dreams often stand in for parts of one’s self. As underwater creatures, sharks may represent deep emotions hidden in the unconscious. Since many people associate negatively with sharks, the shark may represent negative emotional states such as frenzied anger or resentment. The shark may be symbolic of the destruction these emotions can bring about if not recognized and dealt with.

The shark, especially if it is chasing you, may represent emotions that feel irrational and uncontrollable. Similarly, the shark may be standing in as a “shadow” symbol – parts of one’s self that one is not acknowledging.

Symbolism 3: To see a shark in your dream, indicates feelings of anger, hostility, and fierceness. You are undergoing a long and difficult emotional period and may be an emotional threat to yourself. Perhaps, you are struggling with your individuality and independence. Alternatively, a shark represents a person in your life who is greedy and unscrupulous. This person goes after what he or she wants with no regards to the well-being and sensitivity of others. The shark may also be an aspect of your own personality with these qualities.

I have always been fascinated with dreams, most likely because I dream so avidly and often. More importantly, I’ve lately become obsessed with the idea of the dream shadow archetype.

The shadow is an area within ourselves that is pushed down- buried amongst the redundancies and noise of the rest of ourselves. The shadow is not necessarily the “evil” inside us -as the name might connotate- but anything inside of us. It can even be the best of us that’s been pushed away.

Dreams often bring out a shadow archetype- normally in the form of an animal. I know you’re probably thinking that I’m referring to an animal spirit guide which you can find through meditation, but these are slightly different. These aren’t ones that you meditate to seek, or ones that you see in real life, these are ones that come to you in dreams, disguised as a dream element and not outwardly calling you.

What is this dream and shadow trying to tell me? Am I aggressive or predatory? Do I have the characteristics of a shark? Would that even be a bad thing in moderation?

I’m trying to sort and make sense of this dream but until it continues, I won’t know what it’s trying to tell me.

Note: Here a great book for dream interpretation (you can click the image to head over to Amazon):